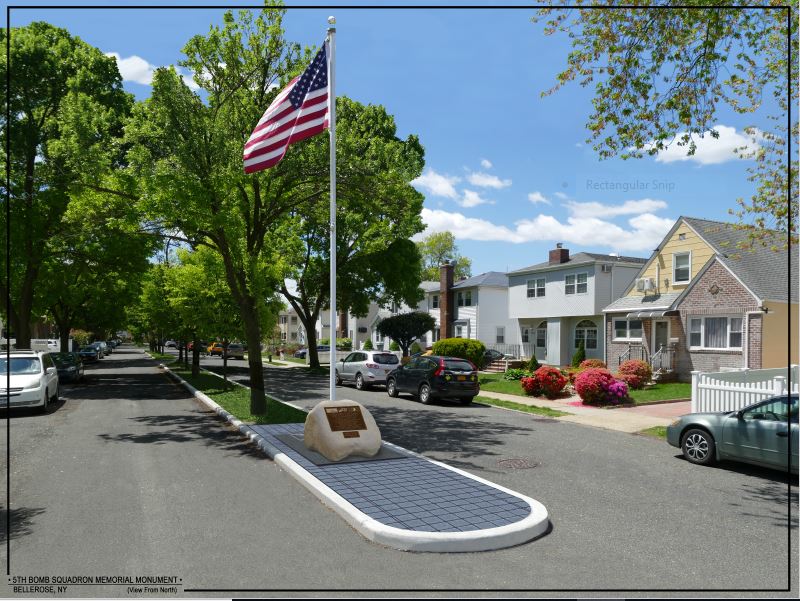 Copyright 2021 by Paul R. Martin III
No portion or photos may be reproduced without express written permission of the author.

“Every day that the weather is favorable the young officers go aloft with more experienced comrades to observe and practice the details of piloting one of the huge silver-hulled bombers assigned to the Field. For ten hours or so they watch the co-pilot perform... Then they move into the co-pilots seat and go through such activities themselves.” (NYHT, June 16, 1940)

Designed from the successful DC-2 and DC-3 in 1934, the twin engine B-18 went into production in 1936 and arrived at Army Airfields in 1937. The shark nosed B-18A variant had a top speed of 215 mph but cruised at only 165 with a two-ton bomb load and 3-defensive .30 caliber machine guns. It was 57 feet 10 inches long with an 89.5-foot wingspan. It was later called the “bolo” and because of its appearance, often referred to as the “flying whale”. Air Corps officials immediately recognized it was ill equipped and completely unsuited for the long-range bombing role for which it was designed and acquired.
​​The front three planes flew in a V formation with the fourth craft about 300 yards behind. As Bylander descended and slid back and under Burlingame’s ship, their two craft inexplicably  collided, locked wings for a moment and then exploded in flames before separating and falling uncontrollably earthward. “There was a ball of flame, then smoke, and the two planes fluttered to the ground like ducks shot out of a flight.” (NYT, June 18, 1940)

Lieutenant James O. Ellis in the rear plane, “heard Burlingame’s order and was about to rejoin the formation when he saw one plane come up under the other and strike it just aft of amidships.” Ellis pulled into a steep climb to avoid crashing into the two planes. “The two machines fell, glued together, for several hundred feet before breaking apart and bursting into flames.” (Hartford Courant, June 18, 1940)
​Many people on the ground, although used to the drone of aircraft from Mitchel and Roosevelt Fields and nearby New York Municipal Airport-LaGuardia Field, glanced skyward as the formation passed overhead just before 9 AM.

Mrs. Mary Altekamp looked up. “The two middle planes seemed to crash together and start falling in flames toward the earth.” (BDE, June 17, 1940) Queens Precinct Patrolman William R. Koopman saw the two planes collide and fall in a sharp spin. A kneeling Mrs. Ida Smith planted flowers in her backyard at 241-20 87th Avenue. Attracted by the deafening sound of shrieking metal, she arose to see one of the planes screaming down in a death spiral. “I thought he was doing tricks” she said. Smith warned her next-door neighbor, Mrs. Elsie Gustafson. “Run! They’re coming down!” (NYT, June 18, 1940) Gustafson observed the two planes appear to turn over and suddenly fall earthward in a fatal plunge toward the unsuspecting community below. “From then until the moment they struck the ground, each of the ill-fated planes appeared like a meteorite shooting earthward.” (BDE, June 18,1940)

Mrs. Kraft was on the second floor when the plane hit, and her entire home became enveloped; “set afire by leaping tongues of flaming gasoline”. (BDE, June 18, 1940) She ran through the inferno with her clothes on fire and out a side door. “The interior of her house was completely gutted by the flames.” (BDE, June 18, 1940)
​The disaster “brought about an immediate mobilization of available rescue equipment by the police and firemen.” (NYT, June 18, 1940) 105 Precinct Patrolman Peter Kogel reached the scene quickly and smothered Mrs. Kraft with a blanket and applied butter and olive oil from a neighbor to treat the severe burns suffered to most of her body. Kogel placed her in a car or ambulance and rushed her to Creedmoor Hospital in critical condition where doctors performed emergency treatment before transfer to Queens General Hospital.

Mrs. Laura Chatterton described the scene as an “inferno” as waves of flame erupted from the Kraft’s house where parts of the bomber sliced through several rooms. “Smoke went up everywhere.” (BDE, June 17, 1940) Joseph Sorgie observed the planes fall from 88th Avenue. “I ran to get out of the way,” he said. “When they crashed everything was noise and smoke.” (BDE, June 17,1940) He assisted others who turned water hoses on the burning houses. “Of the six-man crew of the second plane, three were hurled into the driveway between the two houses in front of the garage, their bodies twisted and broken and their clothes aflame.” (BDE, June 18, 1940)

“Had the ships plowed into the two blocks of houses instead of falling into the streets, officials agreed that the wreckage and loss of life might have been considerable.” (NYHT, June 18, 1940)

Colonel Douglas Netherwood arrived from the field a short time later to begin an official Army investigation into the cause of the accident that destroyed two $85,000.00 bombers and cost twelve lives.

​In the afternoon, the bodies of the airmen were taken by ambulance to Jamaica Hospital. Neighbors’ “futile efforts were pitifully evident... one was covered with a woman’s green skirt; the others had scorched blankets over them.” They were all so severely burned that visual recognition was impossible and dental charts were required to ascertain their identities. They were moved to Fliedner Funeral Home in Great Neck pending notification of the families.
For several hours, Doctors in Queens County Hospital waged a hopeless fight, exhausting every procedure to save Mrs. Emily Kraft’s life. She succumbed to her burns at 3:40 AM the following day, June 18. Emily, a German immigrant, had sadly only moved into the neighborhood three weeks prior. She left behind her husband Otto and two young girls, Helen (12) and Ruth (10).
A L Post 103  Monument Committee Chairman Jim Buccellato at the memorial site with a descendant of Lt. Hugh Palmer Bedient.
At the very least they were aware of the inherent dangers their profession imposed upon themselves and the multitudes above which they flew. Both pilots evidently remained at the controls until the last second, fighting to steer their disabled craft away from the houses below to avoid civilian casualties. A fund was set up by the Association to erect a flagpole and small Memorial Monument at the site of Bylander’s crash on the “mall’ at 239th Street. ​
Above and below. Artist's rendering of the proposed Monument and Memorial Plaza.

sIn January of 2018, American Legion Post 103 spearheaded by Jim Buccellato, began working on a project to erect a more suitable memorial to the 11 airmen and 1 civilian killed in the accident which will include their names along with an appropriate inscription.

Their effort was somewhat hampered by the pandemic, but they have raised $17,000 to date for the estimated cost of the memorial (fabrication and installation) of $42,000. The new monument will include the original small plaque placed at the location in the 1940s by the local community.

I encourage you to consider donating to this worthwhile project intended to honor and remember the 11 brave men who sacrificed their lives so that others may live, and to remember the one civilian casualty also killed in the crash.  AL Post 103 also continues to campaign the government to award the 11 crewmembers the Distinguished Flying Cross. 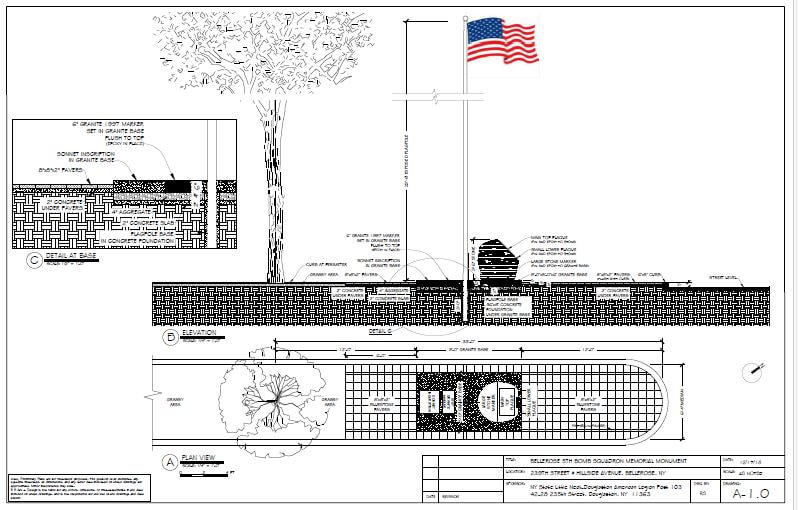 Architects rendering of the Monument and Memorial Plaza.
The eleven forgotten aviators who perished in the crash were.