Roosevelt Field and the Aviation History of the Hempstead Plains

Camps and the Cradle of Aviation 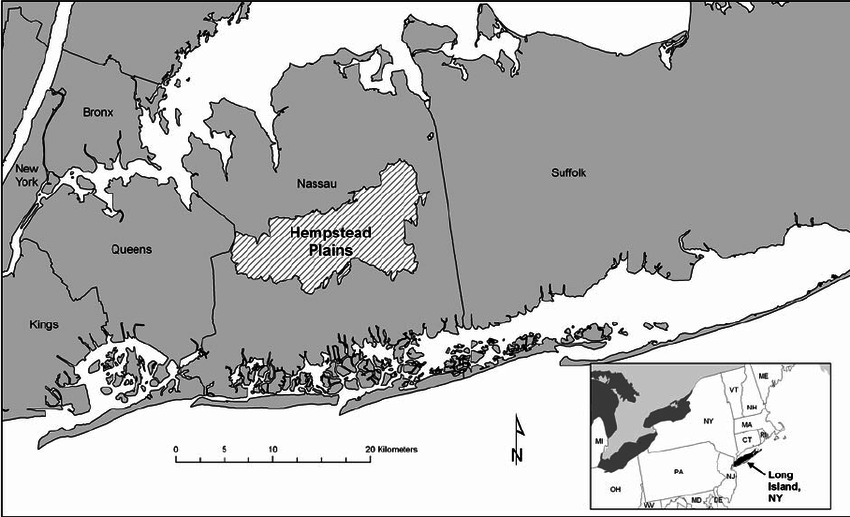 American Revolution:  used as an Army enlistment center.
War of 1812 and Mexican War: It was a training center for Infantry units.
American Civil War : It was the location of Camp Winfield Scott.

The expansive open and treeless fields of the Hempstead Plains lures daredevils
and early aviation pioneers who embrace the new Aero plane.  Thus earning the area
nickname “The Cradle of Aviation”! 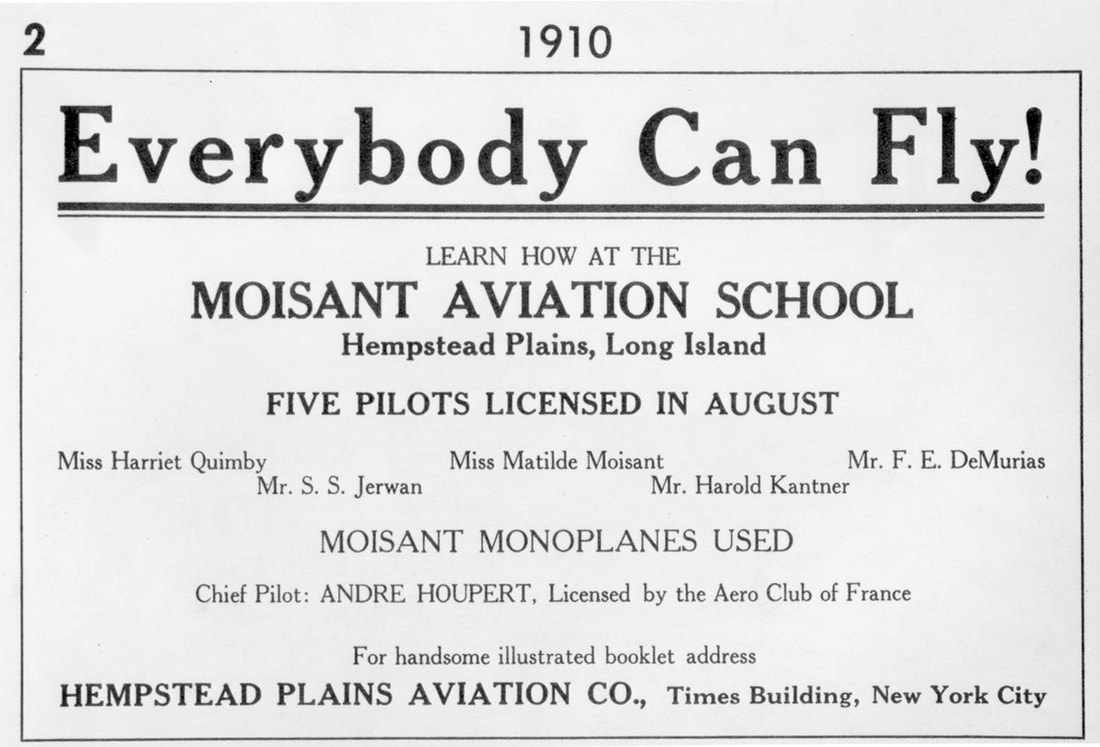 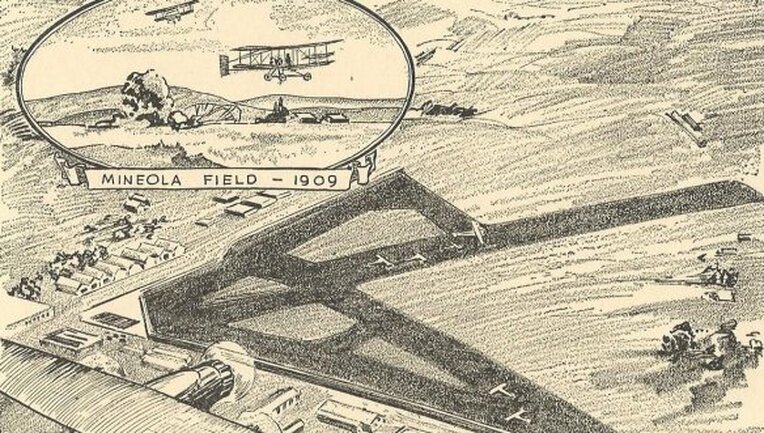 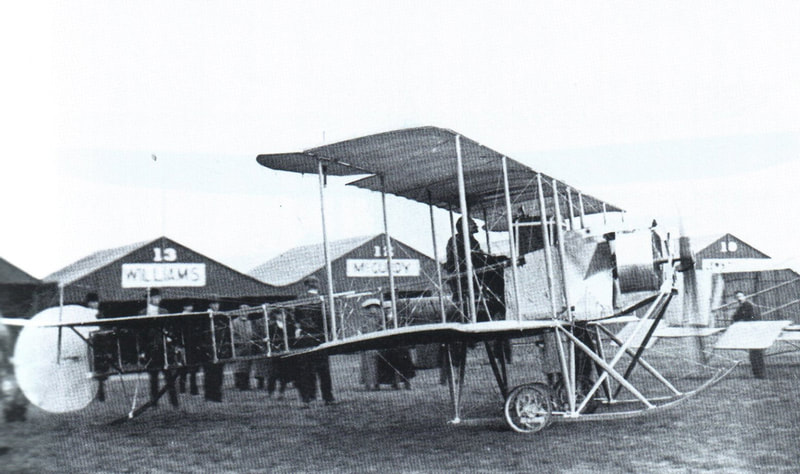 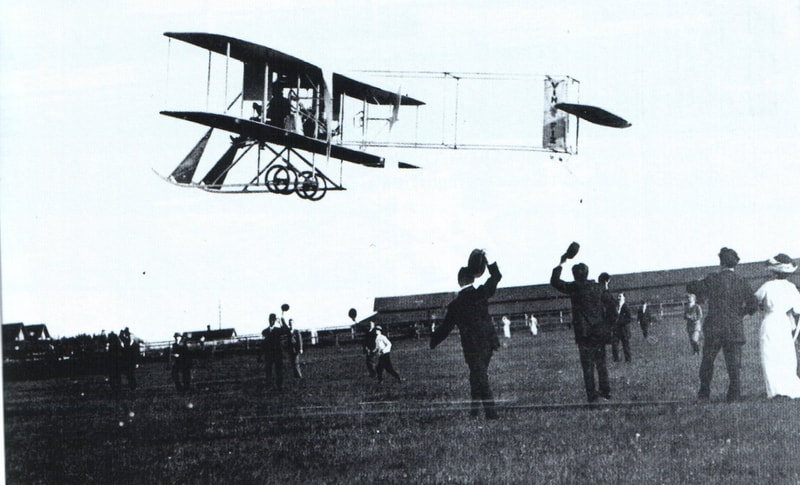 The first Airmail flight, made by Earle Ovington in U.S. Mail Aeroplane No. 1,
during Second International Air Meet at Nassau Boulevard Field. 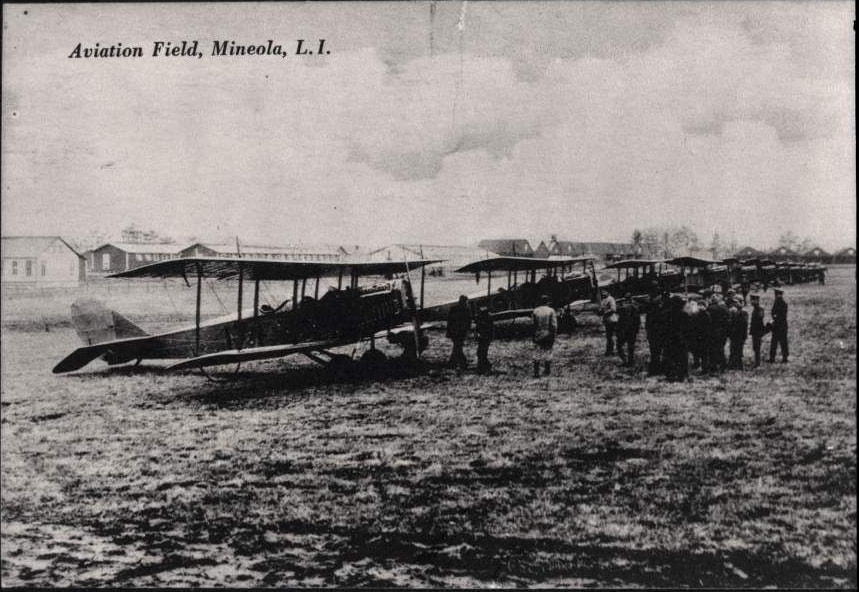 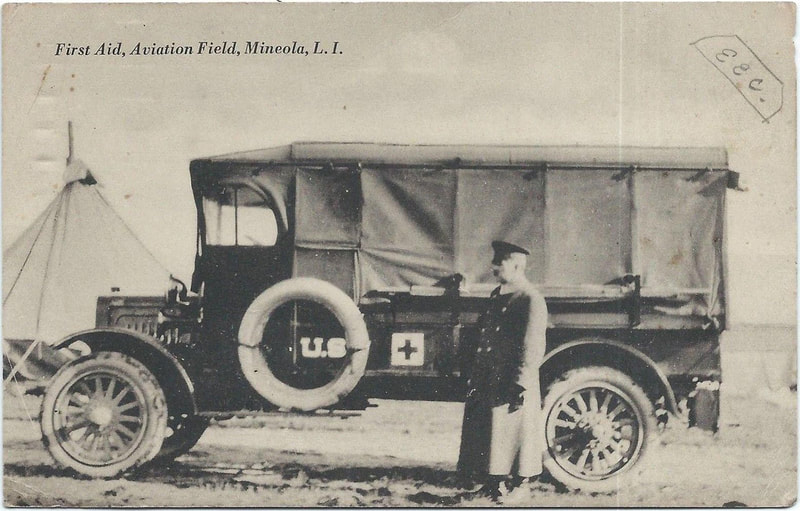 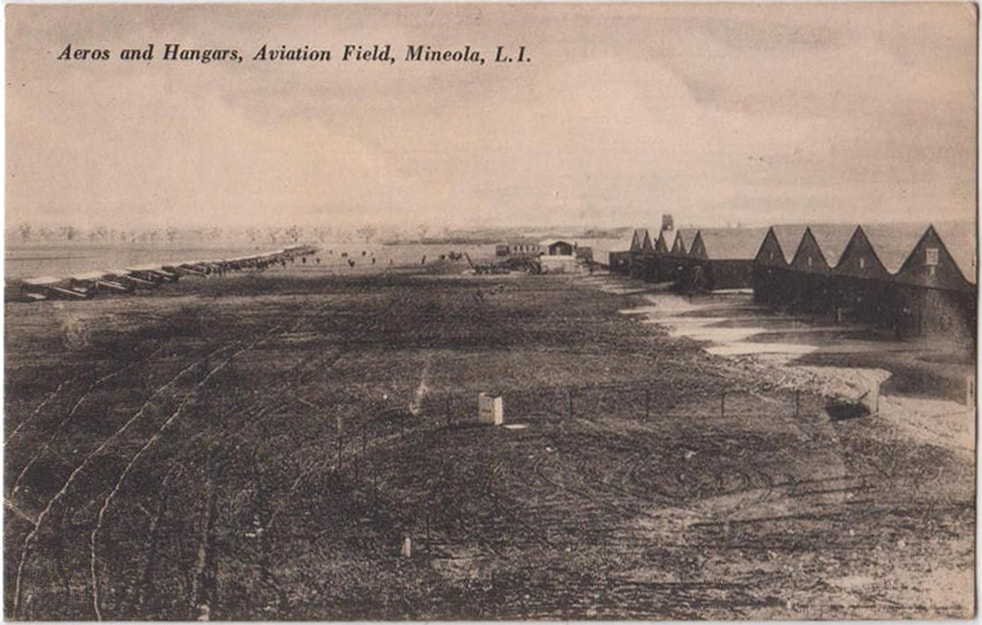 ​Camp Mills was later re-designated as the Air Service Depot from October 1918
to April 1919 when it was consolidated with Hazelhurst Field.
​Hazelhurst Field,  N. Y. :
Originally called the Hempstead Plains Aerodrome, or  Hempstead Plains field or the Garden City Aerodrome, Mineola Field,  it was a training field for the Air Service, United States Army during World War I as a temporary flying field under lease, located on the Hempstead Plains at Mineola, Long Island. The field was also known as aviation Field No. 1

The field was named in honor of 2d Lt. Leighton W. Hazelhurst, Jr., 17th Inf., who was killed in an aviation accident, June 11,1912. Established, June 1916 on property previously used by New York National Guard as an aviation field.

Flying started June 1916 with capacity of 50 students from junior officers of the line detailed to Aviation Section, Signal Corps,  Served as training field until July 9, 1918, when placed under jurisdiction of Operations Section, Department of Military Aeronautics. Additional construction began July 26, 1917. 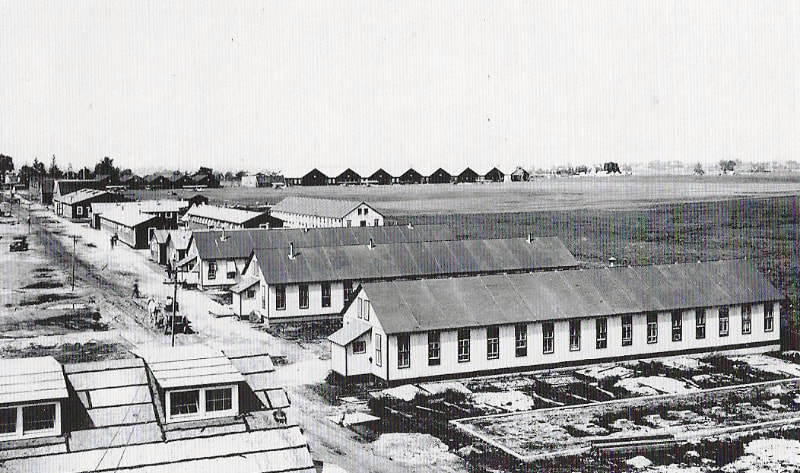 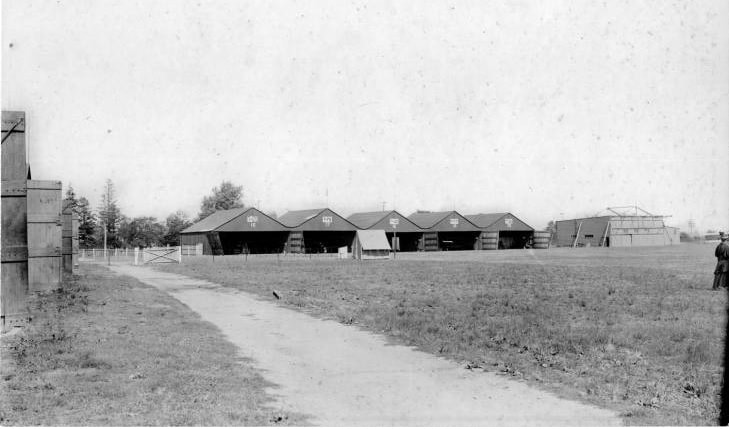 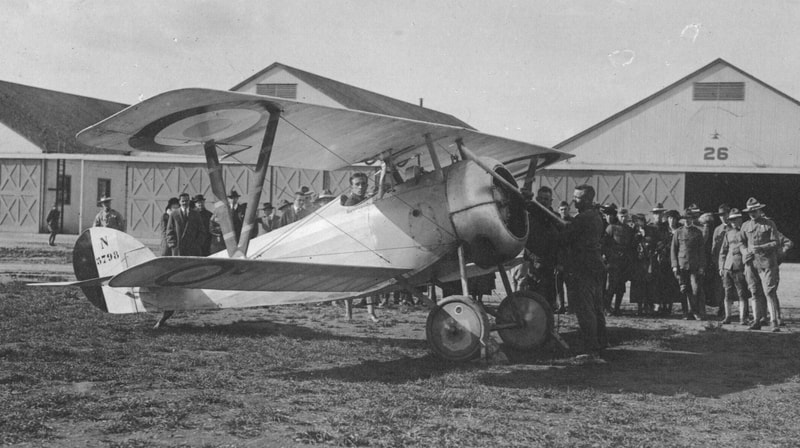 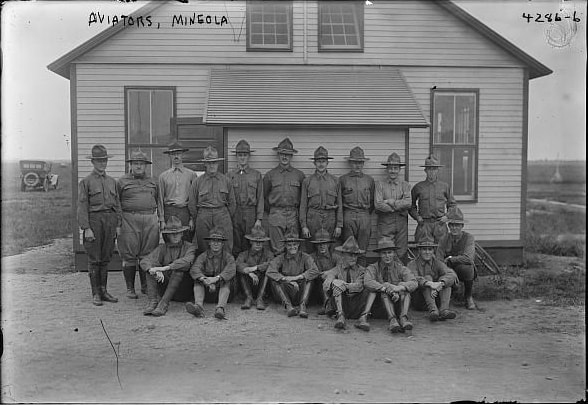 The Wing controlled all flying fields on Long Island ; its principal function, aside from the defense of New York City, was the training of squadrons as units for oversea duty and development of team work in advanced flying. Used as reception center for Air Service recruits. Flying ‘School. Supply Depot. 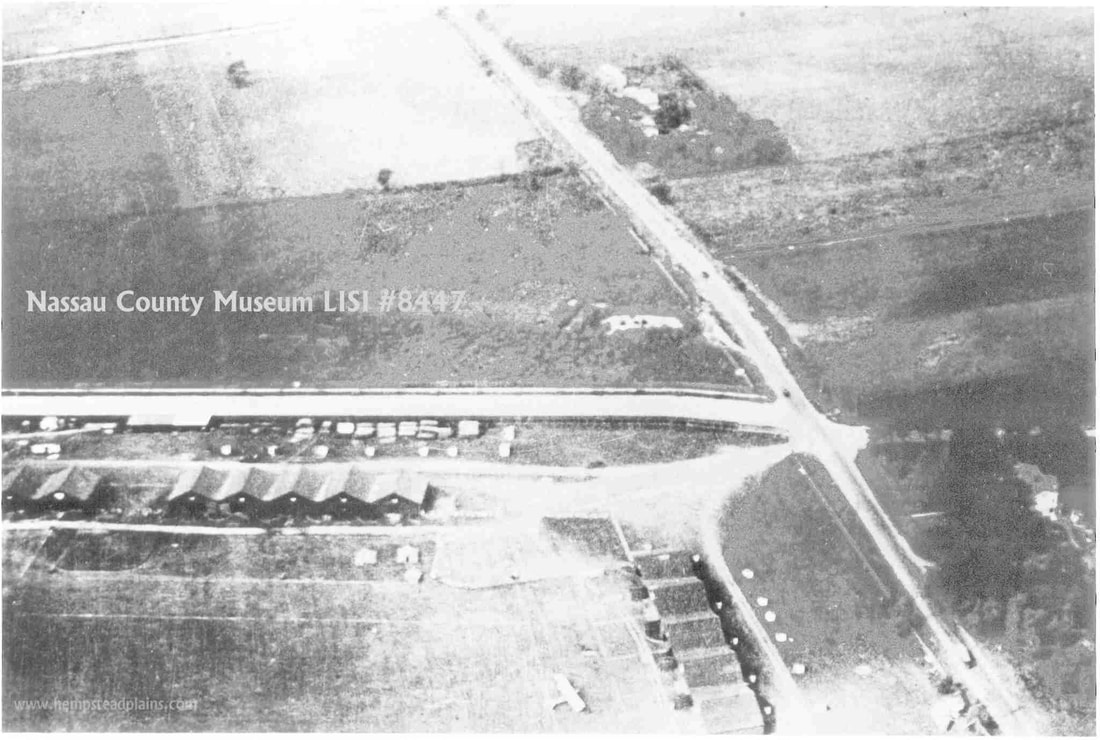 In 1917, Hazelhurst Field #2 was established south of, and adjacent to Hazelhurst Field to serve as an additional training and storage base, part of the massive Air Service Aviation Concentration Center.

Curtiss JN-4 Jennies became a common sight over Long Island in 1917 and 1918. Hundreds of aviators were trained for war at these training fields, two of the largest in the United States. Numerous new wooden buildings and tents were erected on Hazelhurst Field #1 and Field #2 in 1918 in order to meet this rapid expansion. 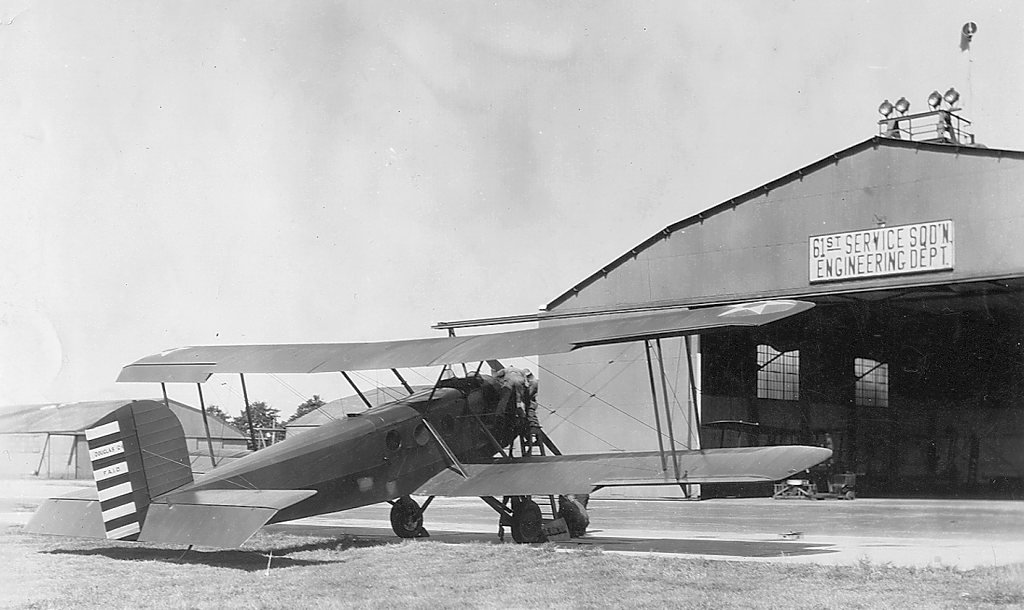 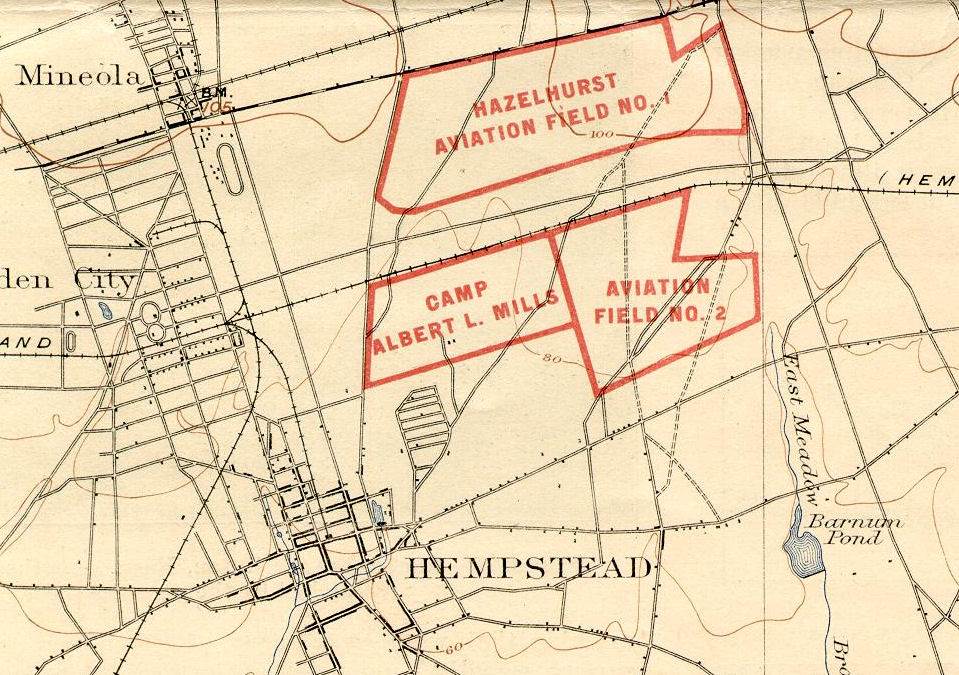