6 October, 1956: A USAF Lockheed T-33A Shooting Star overran the runway while landing at Mitchel AFB, Long Island, New York, and ripped through the perimeter fence, flipped over and ended up on the Hempstead Turnpike. Pilot Maj. Daniel Kramer was killed and three in an auto are injured. 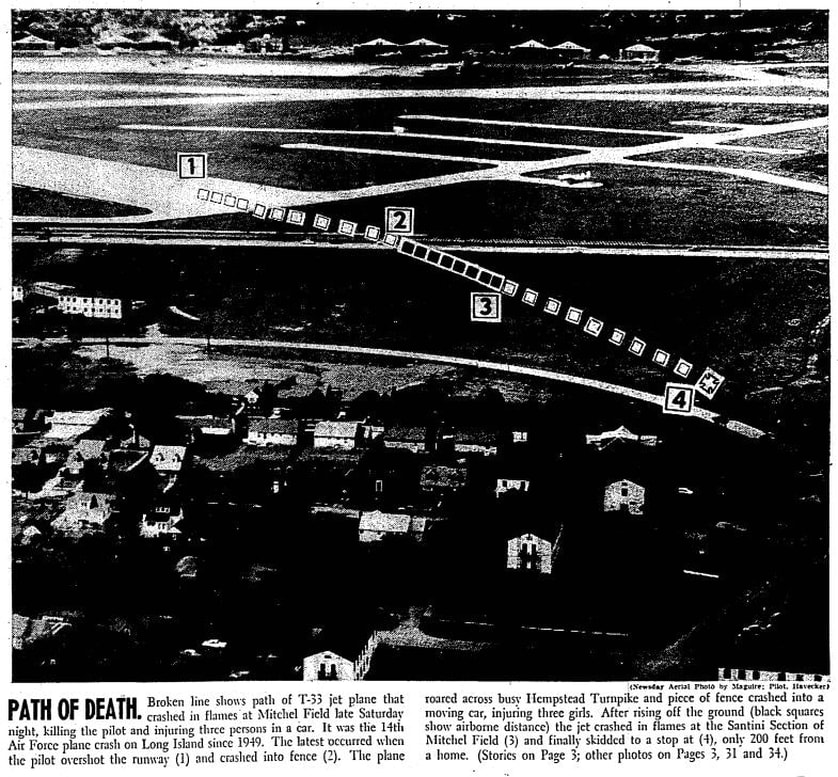 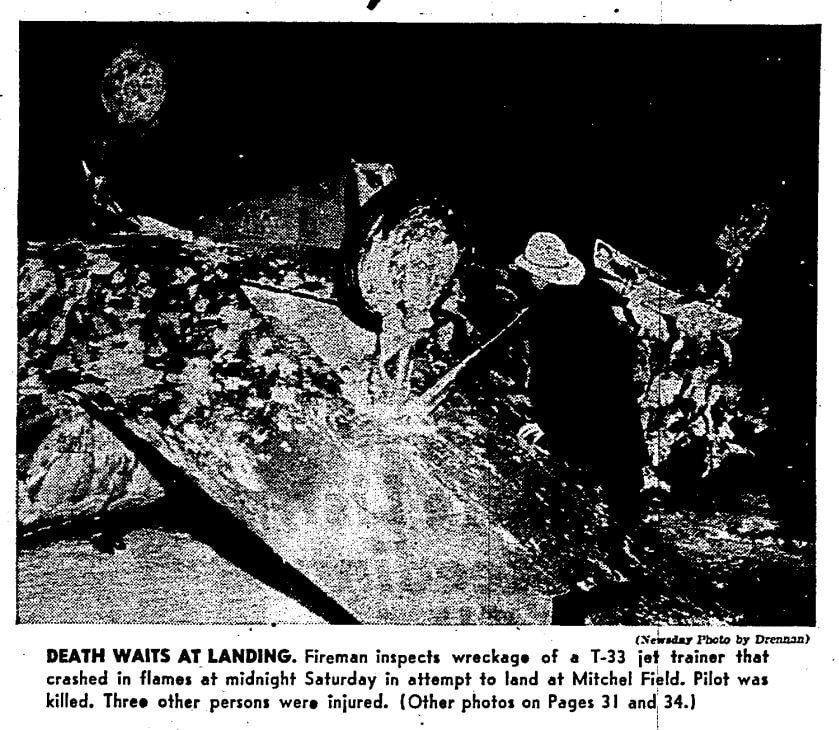 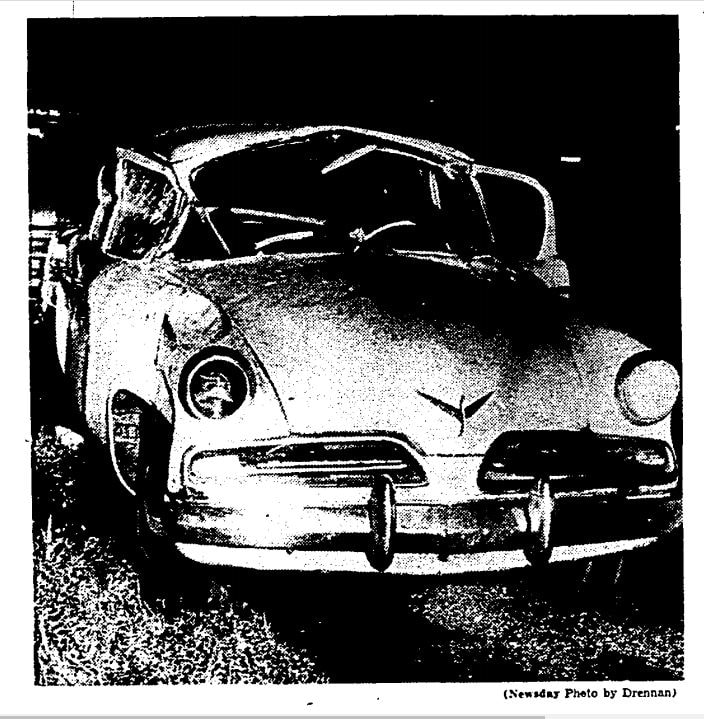 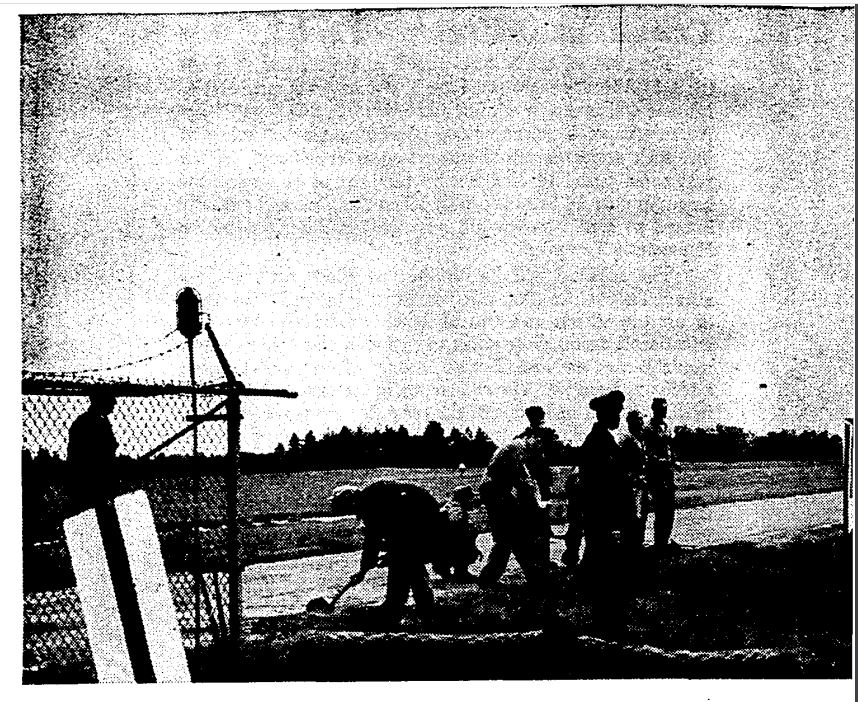 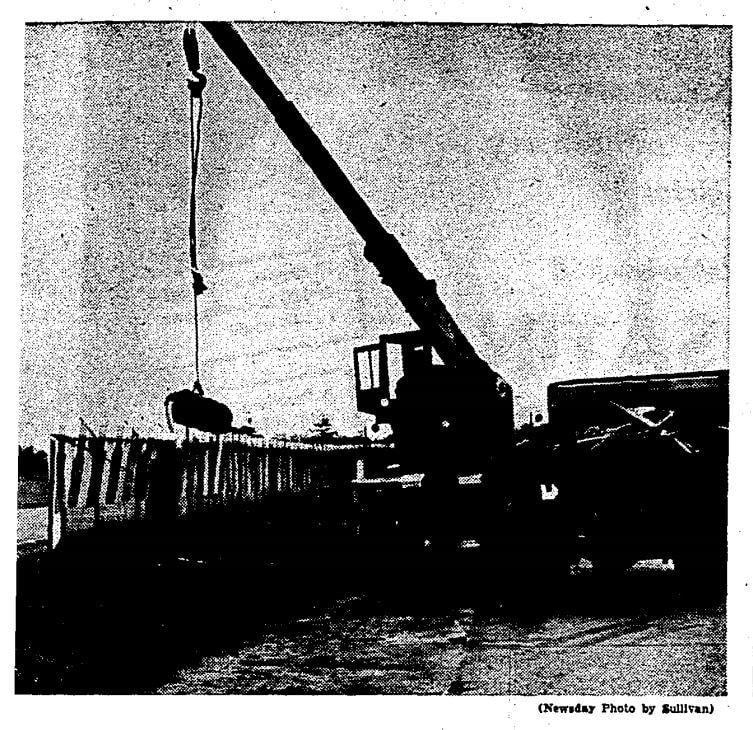 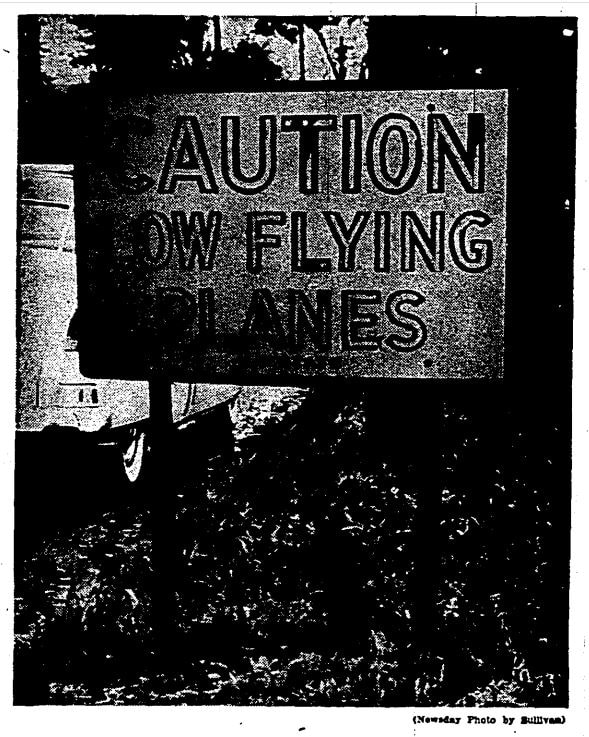 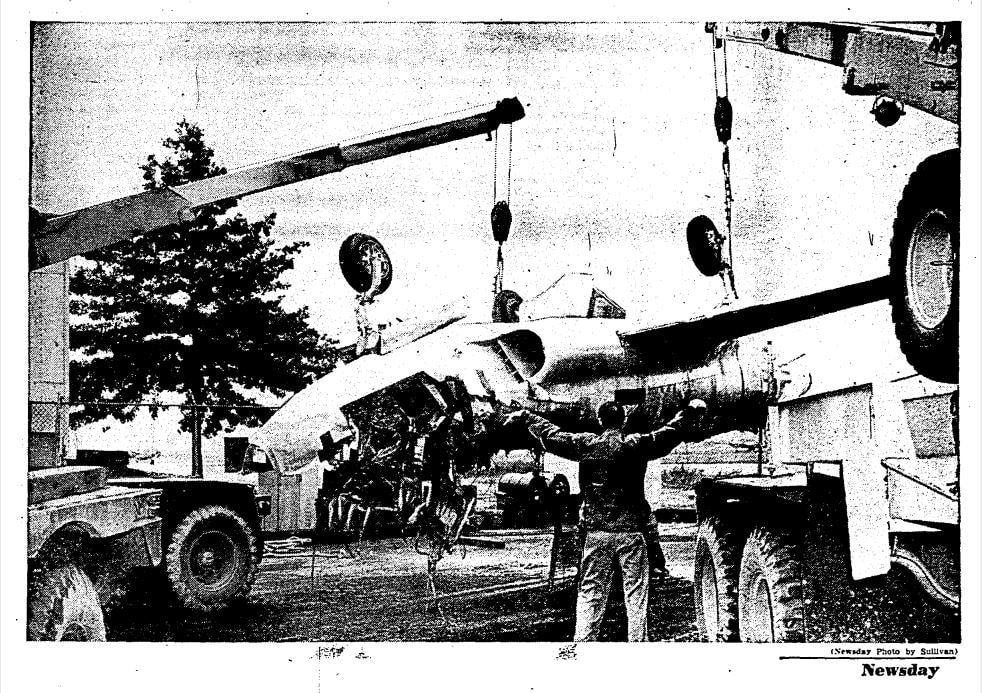 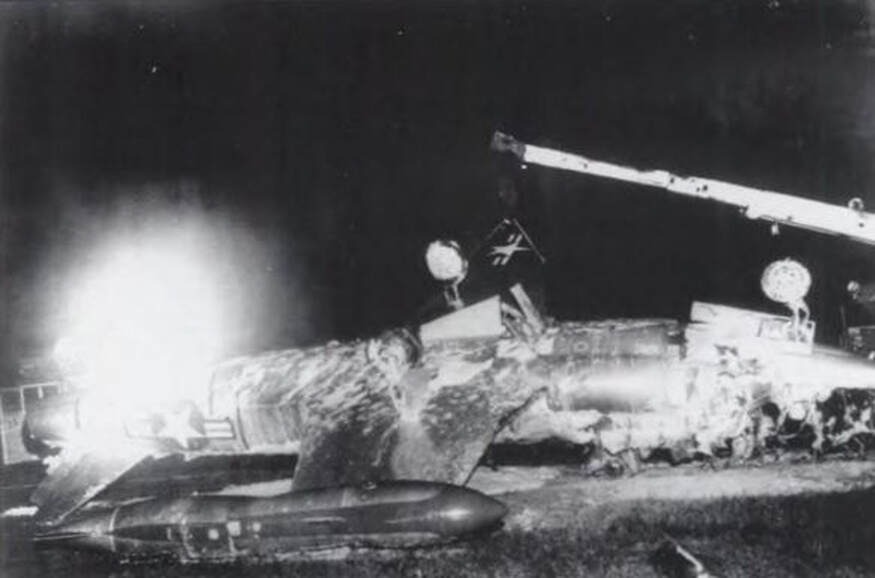 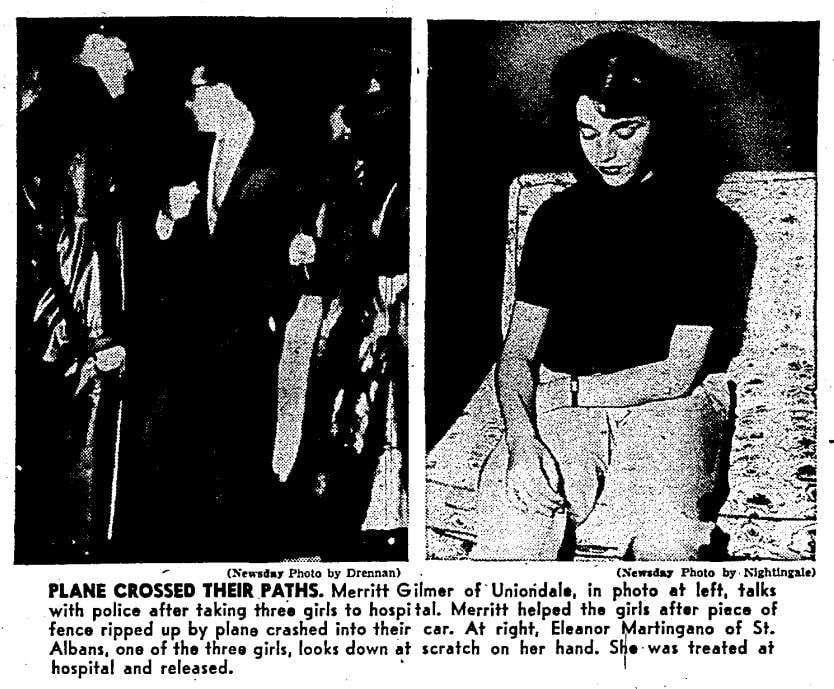 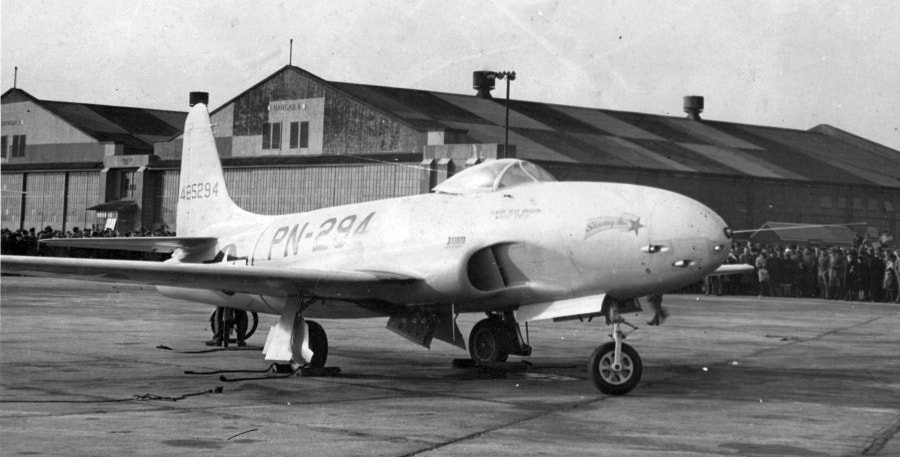 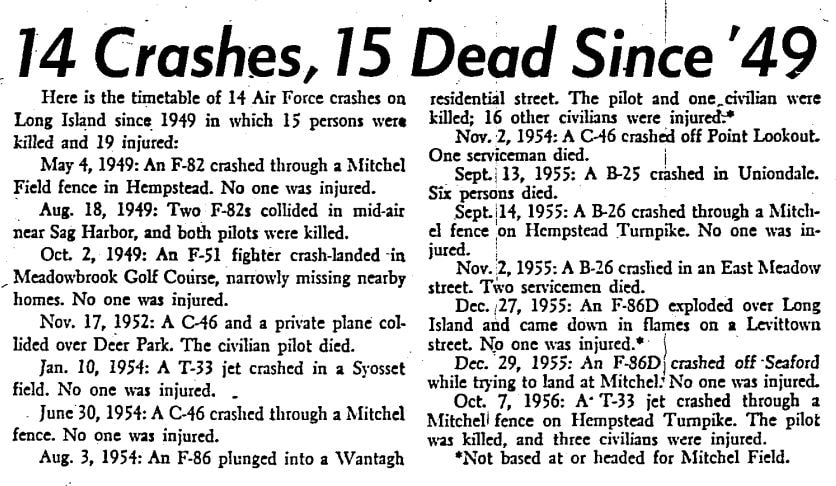 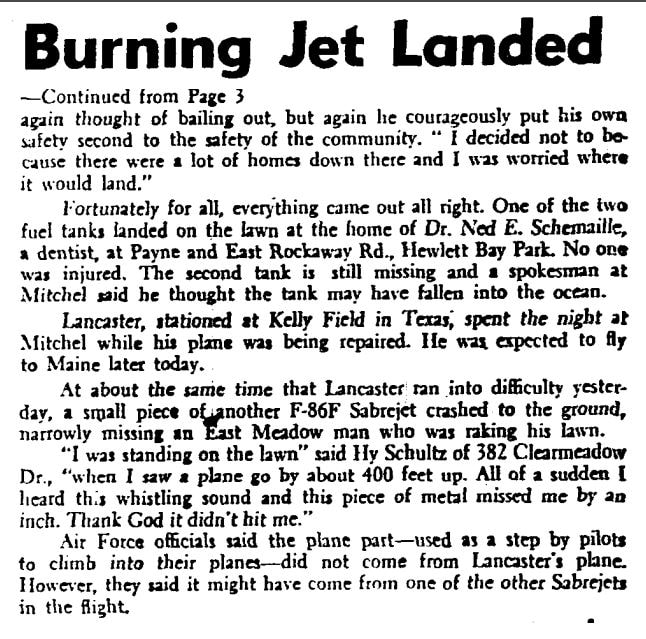 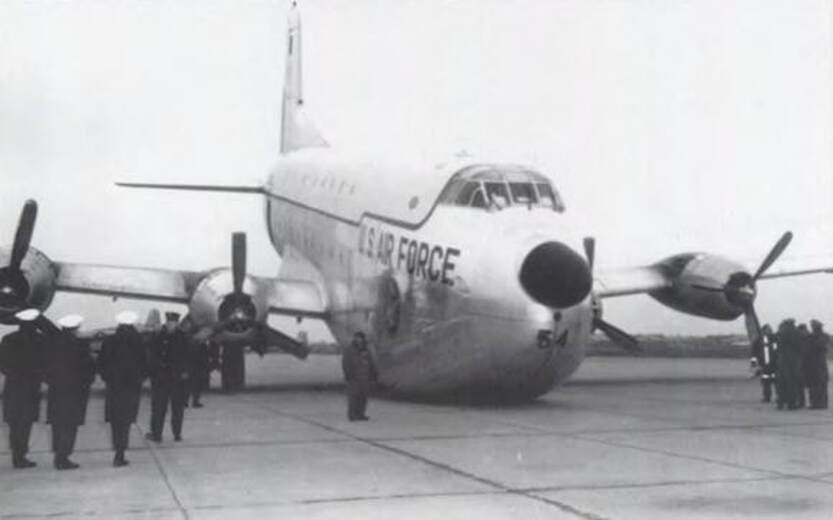 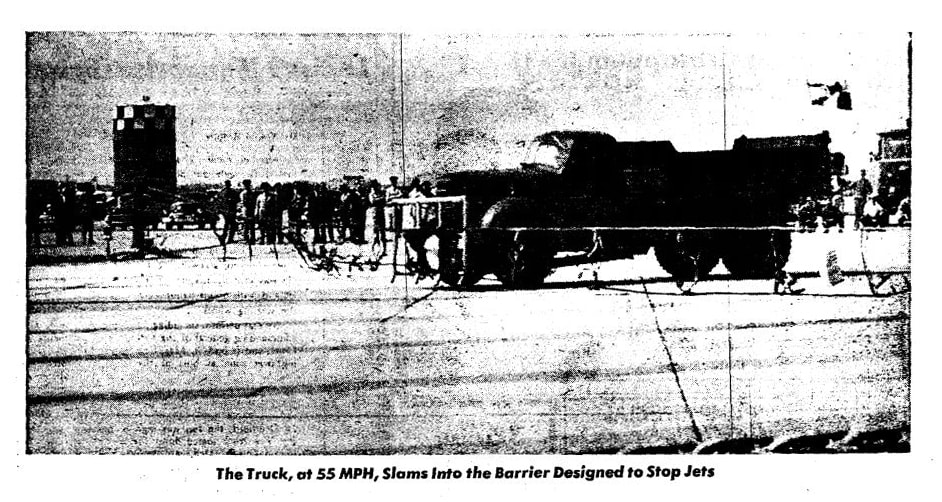 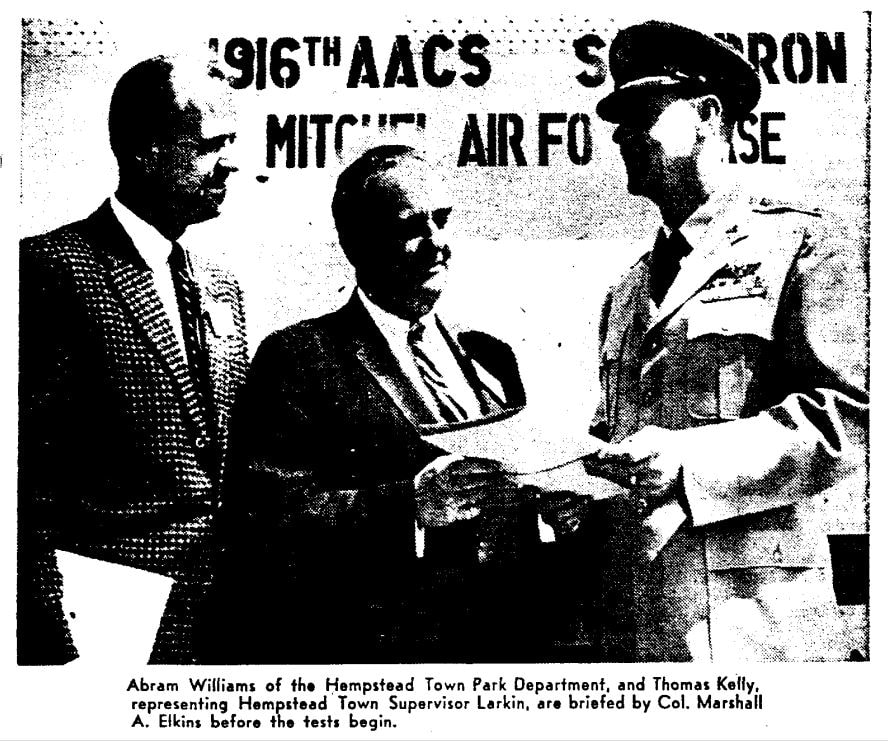 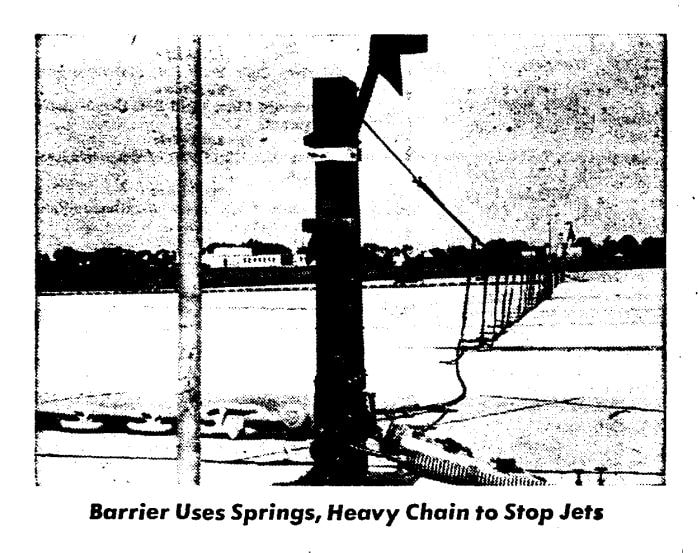 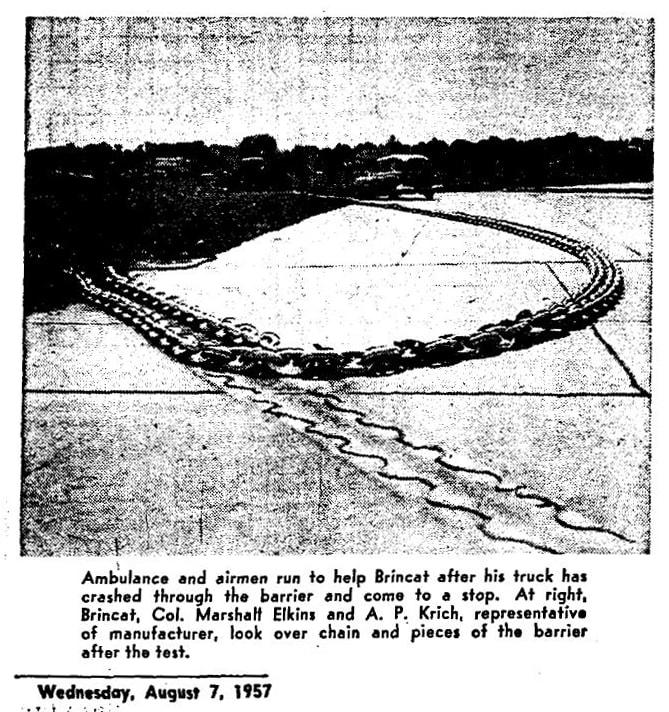 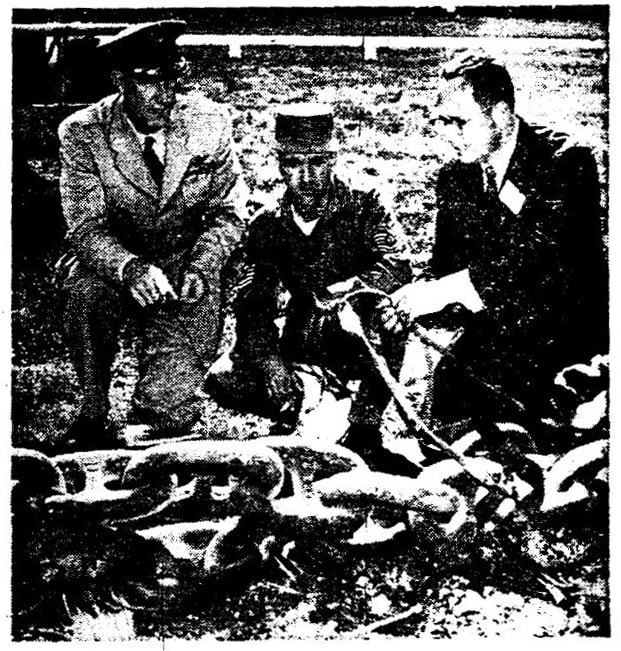 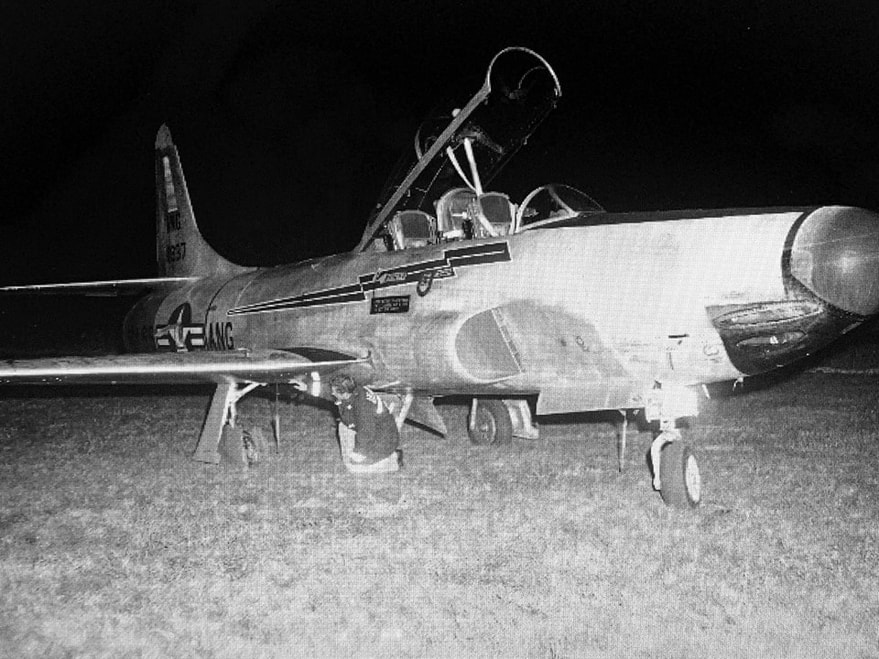 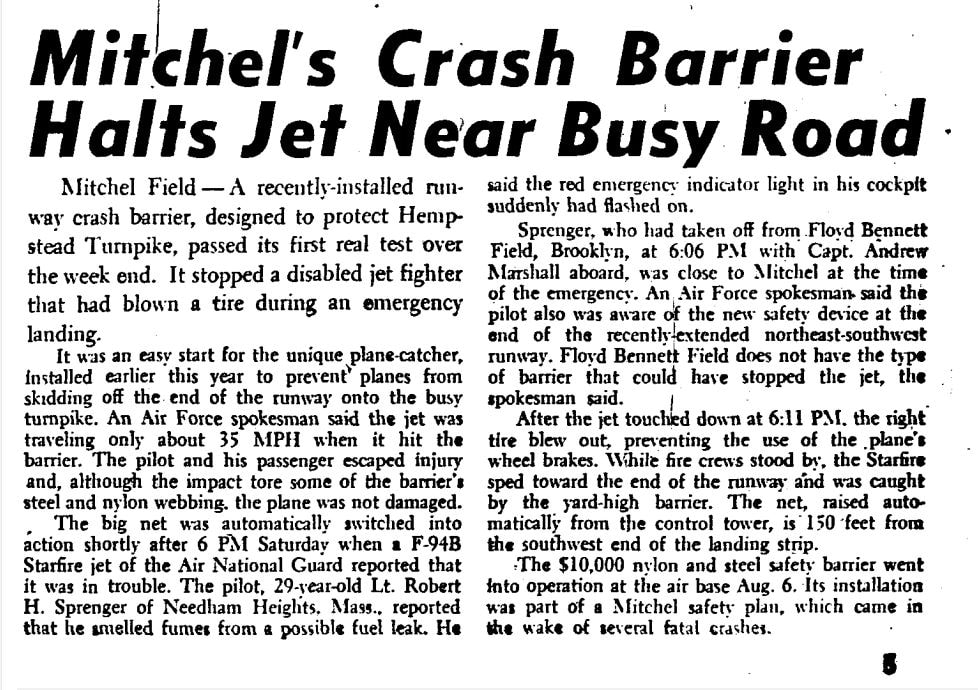 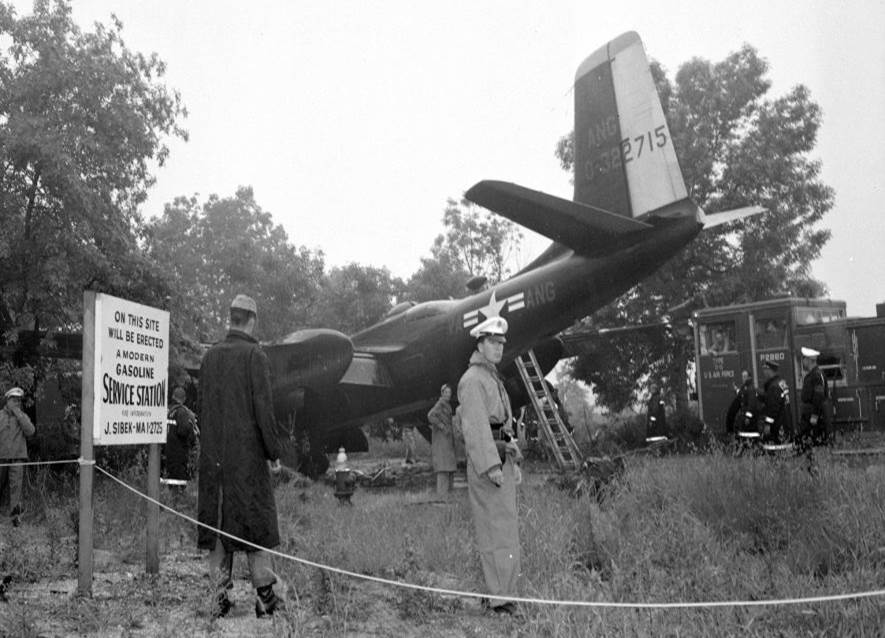 ​An airplane crashed through a fence at Mitchel Air Force Base near a sign that states a gas station was to be erected at site.  The plane crashed in the roadway at Oak Street and Westbury Boulevard in Uniondale on June 9, 1958. 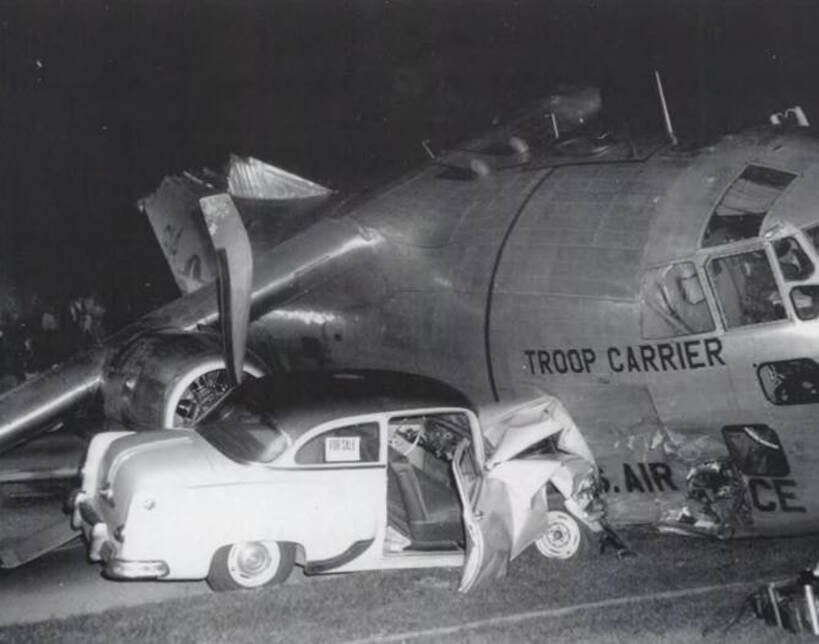