The Mitchel Airfield Flight Line and 130 of its historic buildings was submitted and nominated to the United States Department of the Interior National Park Service and APPROVED for inclusion on the National Register of Historic Places in March of 2018. The 103 page application includes building descriptions, year of construction and accompanying photos. One can see just how well MOST of the buildings have been preserved and/or re-purposed.     THIS IS AN EXTREMELY INTERESTING DOCUMENT!   ​ 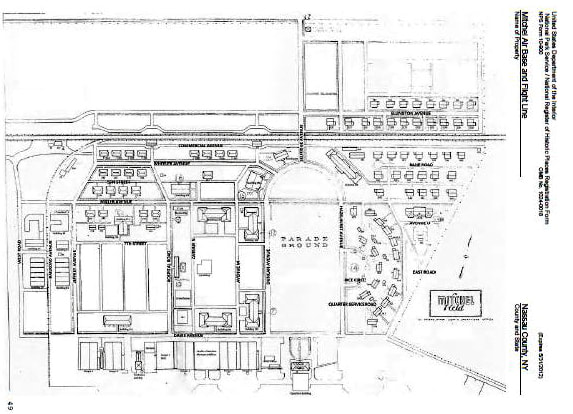 The Mitchel Field Air Base and Flight Line is situated in the center of the hamlet of East Garden City within the Town of Hempstead in Nassau County. Encompassing most of the southern half of Nassau County, the Town of Hempstead incorporates communities inland and along the Atlantic Ocean. Located to the east of the village of Garden City, a historic planned community, and along the northern border of the Town of Hempstead, East Garden City is a predominantly commercial and industrial area surrounded by intensive residential development. The development of the land within the hamlet has been closely tied to its aviation history. The northern half of the hamlet was the location of Roosevelt Field (no longer extant), later the Roosevelt Raceway, and was developed into a commercial area during the late twentieth century. The southern half of the hamlet has been historically defined by the Central Railroad, which runs through its center, and Mitchel Field; both attracted industrial development to the area. While Mitchel Field’s historic extent remains evident on the landscape, only its core 108 acres, the focus of this nomination, remains intact to its historic appearance. Historically, Mitchel Field’s 1,117 acres were dominated by land used for flying fields, runways, and taxiways, located south of the air base. After the Army closed the field in 1961, much of that open area was used to construct new buildings and athletic fields for Nassau Community College. While remnants of the primary runway going northeast/southwest exist, largely due to its incorporation into parking lots, the flying fields no longer retain integrity to their historic appearance and have been excluded from the historic district boundary.

Mitchel Field was the most important Air Base on the east coast of the United States during the first half of the twentieth century. The Mitchel Air Base and Fight Line, the historic district being designated to honor this history, is roughly bounded to the south by Charles Lindbergh Boulevard and paved parking areas associated with the Cradle of Aviation Museum and Nassau Community College. These paved areas correspond with the northern extent of the historic flying fields. The eastern boundary runs northeast along East Rd (E Rd) from the flight line to the railroad to Ellington Avenue. The northern boundary incorporates two rows of officers housing on Ellington northeast of Selfridge Avenue, and follows the railroad to the west. West Road forms the western boundary of the district. This approximately 108-acre district encompasses Mitchel Field’s remaining, and highly intact, historic core, its Air Base and Flight Line. These resources, which include the majority of the primary administrative, operational and residential buildings constructed at Mitchel, continue to illustrate its ​historic importance. 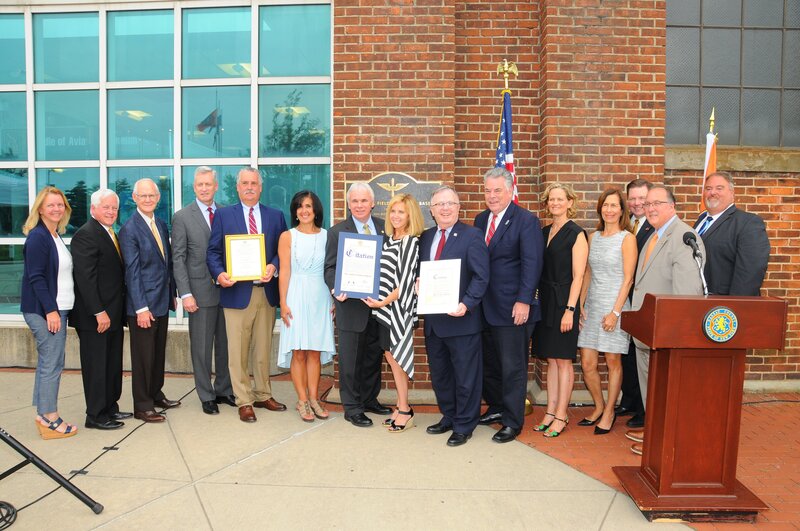 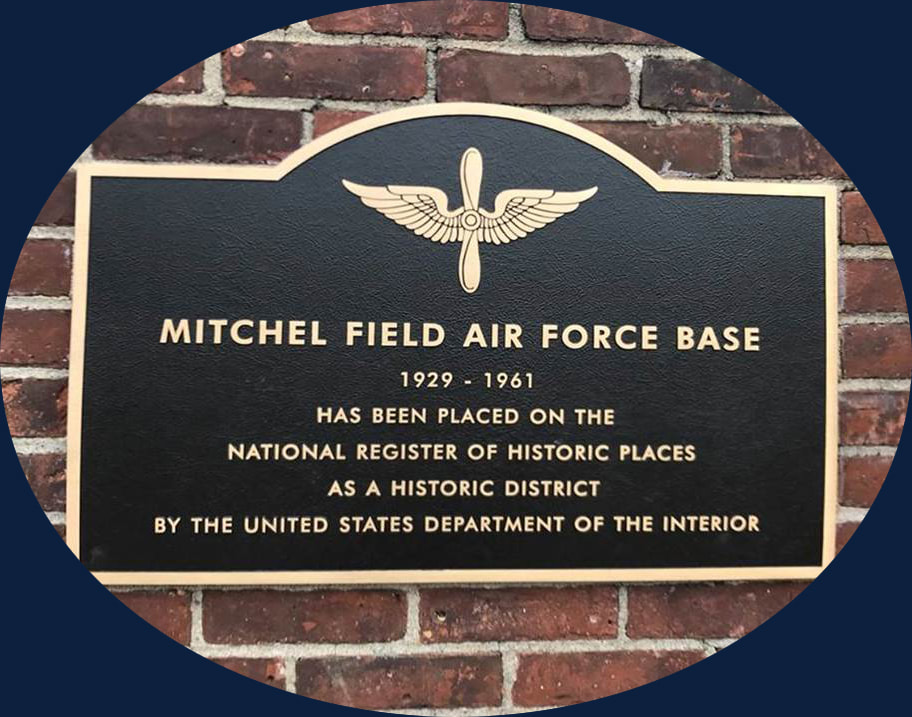 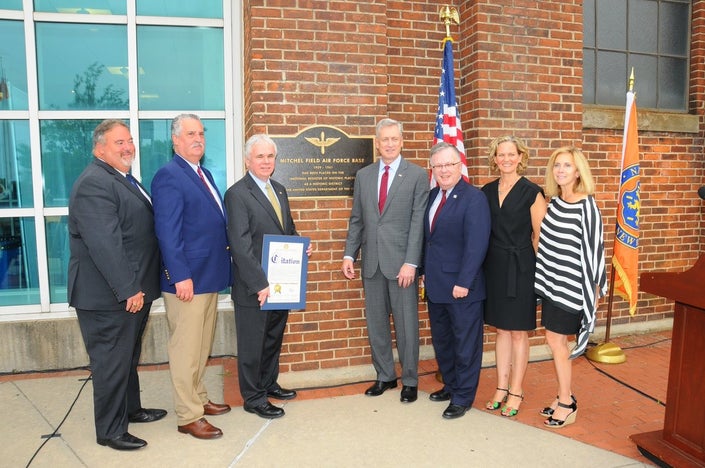 Laura Curran✔@NassauExecutive
​Today we welcomed #NassauCounty's Mitchel Air Base and Flight Line to the National Register of Historic Places. A wonderful honor for the most important air base on the U.S. East Coast during the first half of the 20th century. #nationalregister #history #historicpreservation

​Mitchelfield.weebly.com   Copyright 1973 - 2020.
All photos taken by Paul R. Martin III unless stated otherwise. All rights reserved.
No images or content may be reproduced without prior written permission.