Dedicated to Eagles who caressed our skies.
May we NEVER forget!

I am in the process of documenting every airplane crash and accident that occurred at ​Mitchel Field/Mitchel AFB.
​Researching and cross-referencing crash records and documents is a time consuming and tedious process.
I hope to include details and photos.
Please be patient and check back often for updates.

Air crashes, mechanical failure and landing and takeoff accidents are regular events on an active airfield, especially during WWII. Airmen from Mitchel Field were constantly flying East Coast defensive fighter patrols and anti-submarine patrols, along with training and overseas transient flights. Accidents were bound to happen with all the increased wartime activity.

A new book in 2006 by researcher Anthony J. Mireles, and research by Marlyn R. Pierce in 2013 indicated that:

"Throughout the war, (1940 through 1945), the U.S. Army Air Corps/Army Air Forces suffered over 54,000 accidents, including 6,351 fatal accidents in the continental United States, resulting in the loss of 7,114 airplanes and the death of 15,530 personnel. This was an average of ten deaths and nearly 40 accidents, fatal and non-fatal, a day. The Army Air Forces reached its peak for both training and accidents in 1943. That year the Army Air Forces suffered 2,268 fatal accidents that resulted in over 5,600 fatalities and over 2,500 aircraft damaged or destroyed. The situation was better in 1944 with a 14 percent drop in accidents compared with 1943. However, there were still nearly 2,000 fatal accidents and the death of 5,000 pilots and crew."

The U.S. Eighth Air Force in Europe suffered more than 26,000 men killed due to enemy action, mechanical problems, and accidents during the war. But training, as we have seen, was just as hazardous, with more than 15,500 losing their lives in service to their country before they were ever able to face the enemy. These accidents accounted for over 15,000 fatalities, the equivalent of a World War Two infantry division.  ​

Unfortunately, their sacrifices were seldom noted. At a few places around the country, a simple plaque or marker or monument lists the names of those who died but, because they did not die due to enemy action, they were not eligible to receive the Purple Heart medal, posthumously. For the most part, their sacrifices are forgotten by the nation they had sworn to serve and protect.

The following web pages document my research and compilation of every crash or accident that occurred at Mitchel Field from 1917-1961. Pre-war and Post-war are subdivided by decade or half decade periods, while the war years have been divided year by year.

All fatal crashes have been noted in RED TYPE.

Where available I have included details, photos, and news clippings, as well as the further dispositions of the aircraft involved. 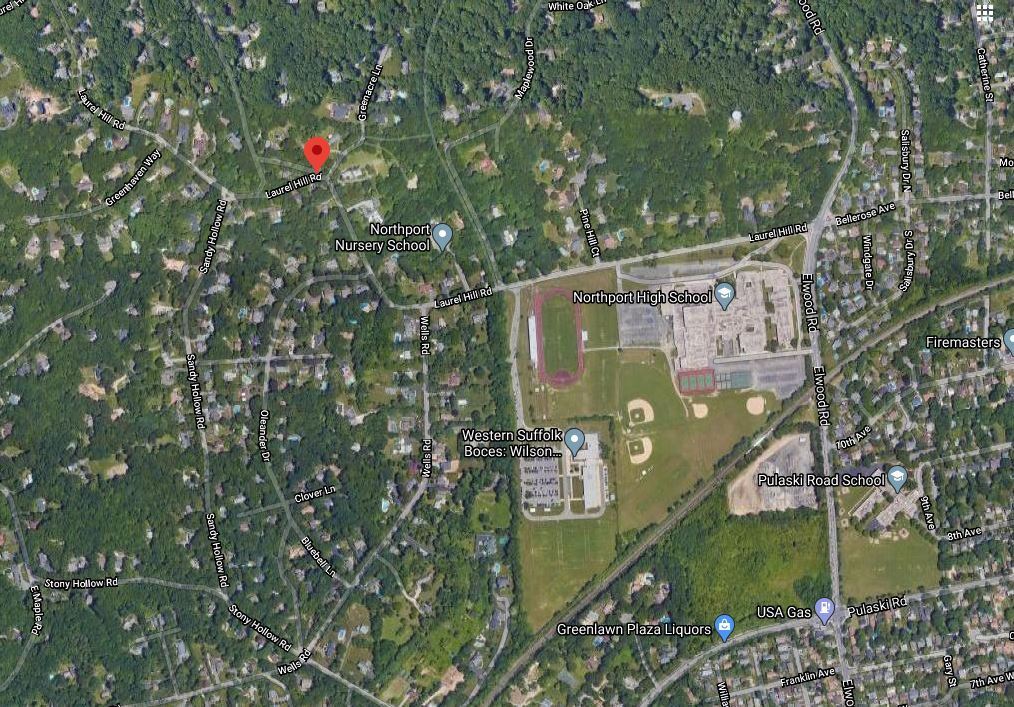 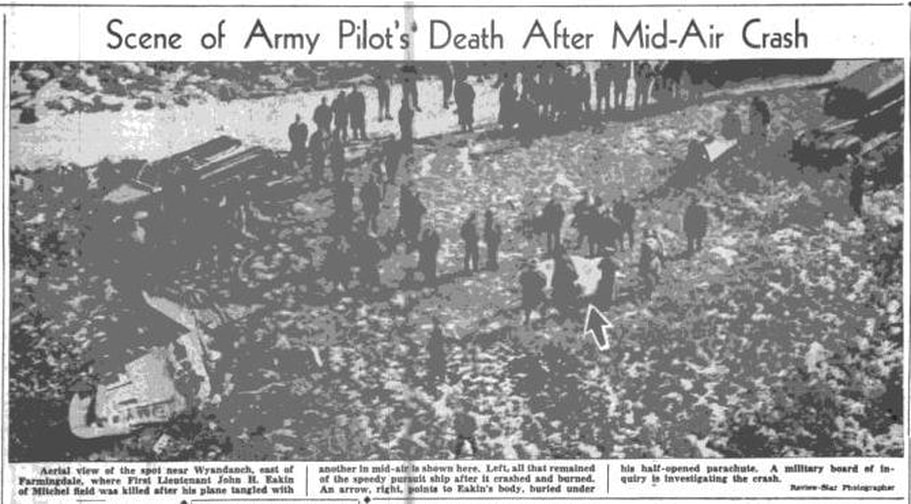 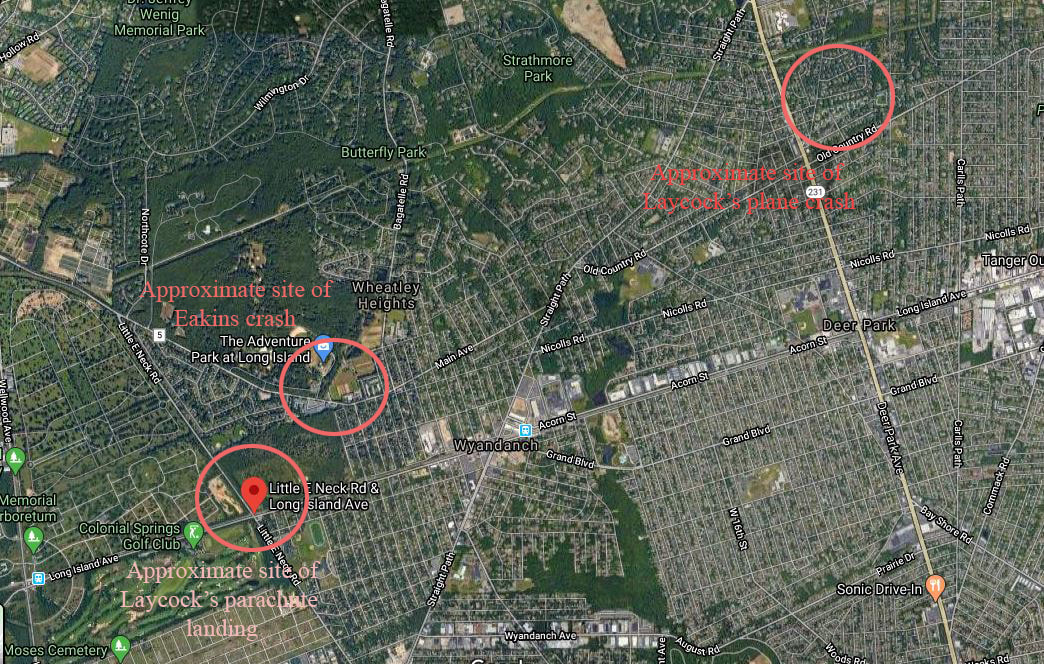 The approximate sites of the 2 P-40 crashes and Laycock's parachute landing following the MAC. 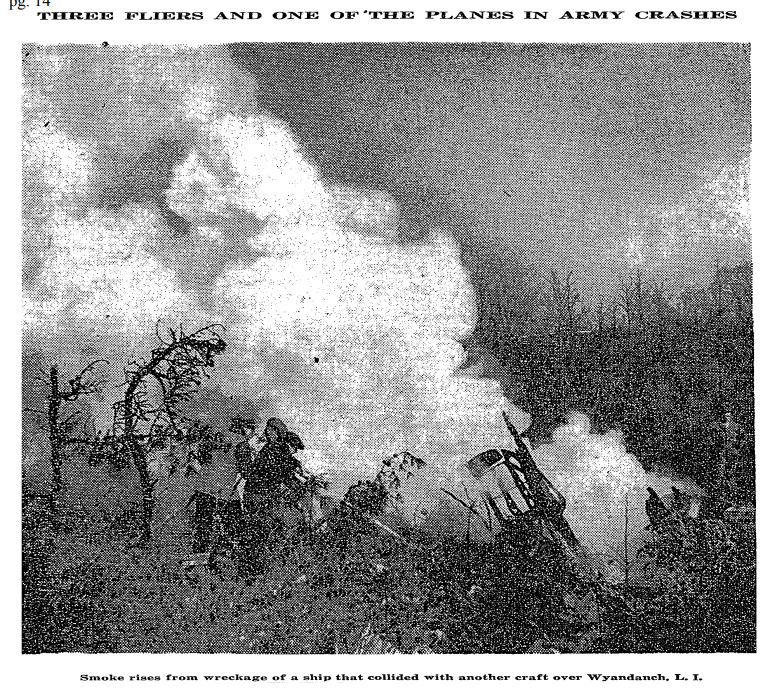 New York Time February 7 1941
Ironically, Lt. Laycock would die just 1 year later, May 3, 1942, piloting a B-17 on a training mission at Pendleton Army Airfield, Oregon. He was killed in a ground collision crash of the four-motored bomber, about 20 miles southeast of the base near the community of Meacham.

Baton Rouge, La., May 4 (AP)
First Lieut. Joseph T. Laycock of Baton Rouge who was killed yesterday in a bomber crash near Pendleton, Ore., cheated death in an air accident more than a year ago. At that time his plane locked wings with another
army ship in a flying formation over Farmingdale, New York, but Laycock parachuted to safety. The pilot of the other plane died. Laycock, 23, was a graduate of Louisiana State University. 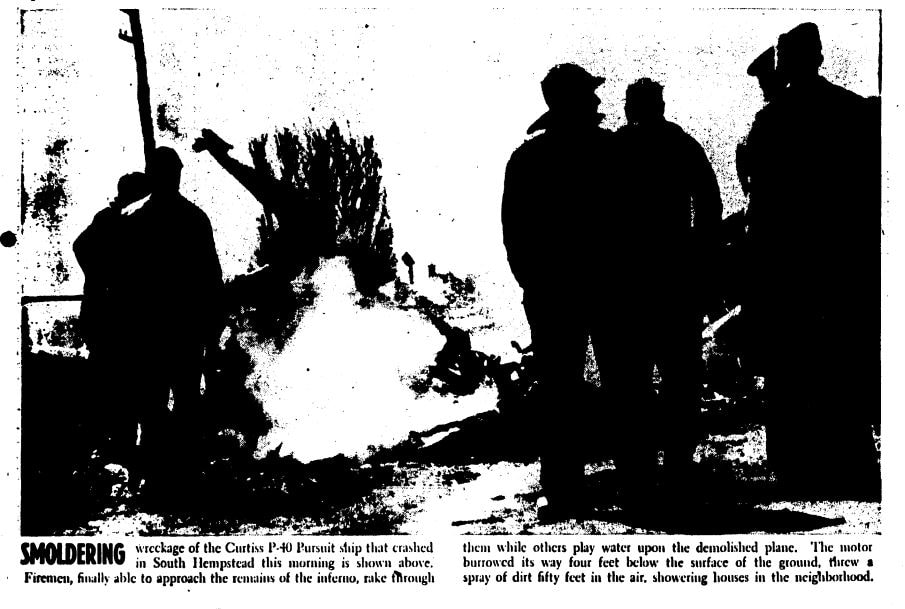 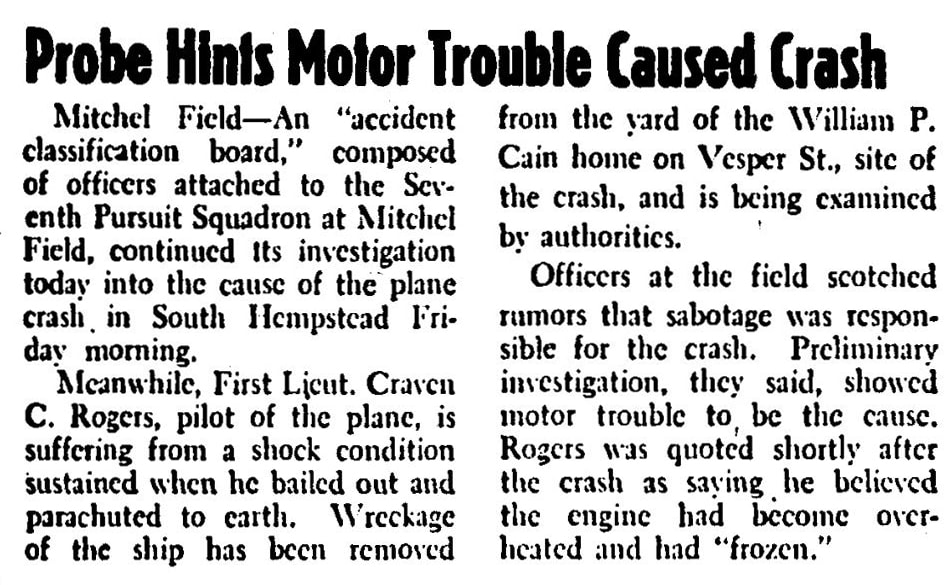 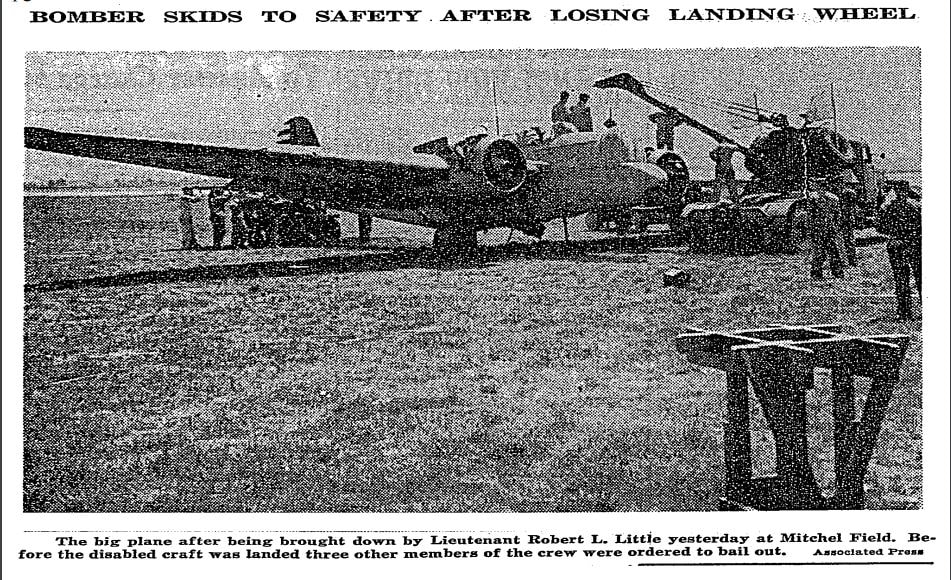